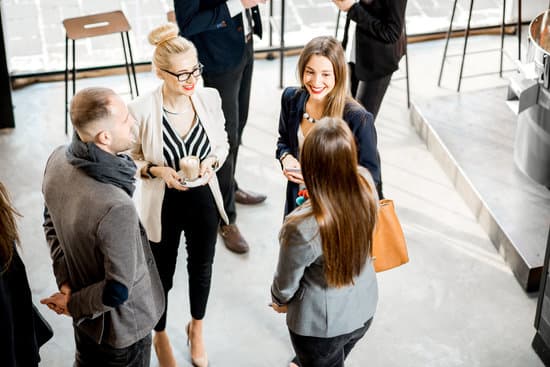 Mention the word networking and some people break into a cold sweat. They immediately picture themselves alone in a room full of strangers, not knowing what to do or say. Sure, meeting new people at functions and events is one aspect of networking but networking is so much more than that.

Networking is also about building upon and adding value to the relationships you already have. In fact, I prefer ‘relationship management’ as a term but will stick with ‘networking’ for now. Think about your friends, co-workers, customers, suppliers and industry associates. Are you making the most of your current relationships? Regardless of where you are on the career ladder, it is vital to forge great relationships with the people surrounding you.

An often-forgotten aspect of networking is spelt out clearly in the word itself – W_O_R_K. It is not a ‘set and forget’ formula. Successful networkers understand that cultivating relationships takes time and effort and that having a solid network can pay huge dividends. Networking can help you find hidden opportunities and enable you to take advantage of them before they are even on the radar of your competitors.

When to build your network

Take the job market for example and issues around job loss and redundancy. Those who have previously taken the time to build a strong network generally have less trouble finding a new position. Why? Because they understand that the best time to build your network is before you need it.

You can’t argue that word of mouth is the best form of advertising you can get, regardless of your product or service. Whether you’re looking for a job, consultancy work, sales, community support or anything else, you just can’t beat having advocates in your corner singing your praises and recommending you to others.

Be the best you that you can be

Remember, you are at the centre of your network and therefore, from both a personal and professional perspective, you need to be the best that you can be. You have to live the values that make others want to refer their friends and contacts to you.

Effective networking is built upon the universal law of reciprocity and that is why legendary networkers aren’t there to take from their network, they are there to give. And the more you give, the more you get. The best way to achieve your goals is to help others achieve theirs. Be a connector of people. Introduce people to others in your network that could benefit from knowing each other. Give, give and give some more!

So, what do you give? Whatever is within your capacity that will benefit those in your network. Create an item bank (** or a useful box) – a list of books, writers, websites, podcasts, TED talks, favourite blogs. If you find something interesting, then you can bet that someone else will too. If you know someone has a particular interest, send them something relevant. Make an effort to keep in touch with people and show a genuine interest in their lives. People usually love talking about themselves so listen. When you are aware of someone’s family life, interests and hobbies it’s easier to connect with them on different levels. Don’t limit yourself to one-dimensional business relationships.

Use your diary to mark down important dates like birthdays and anniversaries (or be guided by the social media sites that remind you). Send messages, cards or make a phone call. If one of your connections has a great success – an award win or promotion – congratulate them.

Social media enables us to connect through numerous platforms. Harness and leverage the power of social. I’ve found LinkedIn and Twitter particularly useful for building business networks. They enable you to shake hands with others via your computer. Many of the people I originally met online are now real-life friends.

I once had coffee with a senior manager who said she wished she had known about the importance of networking earlier in her career. Whilst many of her colleagues were out at lunches or having conversations at the water cooler, getting to know key people, she was head down beavering away because she thought hard work would guarantee career success. Later in life, she realised that her colleagues who had been networking were given a variety of opportunities that she hadn’t known about because she was too busy working!

Engagement is the key to networking. Engage with those around you, those people in your network. And by truly engaging you will see your network grow. After all, there isn’t a truer statement than, “It’s not what you know but you know, and who knows you!” Happy networking!

** Check out Networking: What’s in Your Useful Box